When Germany was a smoking ruin in 1945, it had to pull itself out of misery, not only politically and economically, but also culturally. Architecturally, it made the most sense to reconnect to prewar times, when modern architecture blossomed in the Weimar Republic. At that point, however, most good modern German architects were either dead or had emigrated; only a few had managed to stick around without getting their hands too dirty during the Nazi years. The continuities — explicit and implicit — are a fascinating topic that was first thoroughly researched by Werner Durth in his book Deutsche Architekten (“German Architects”) in 1986; unfortunately, it was never translated into English.

To read an informed view on the matter from an international scholar is a welcome addition. Lynnette Widder, Associate Professor at Columbia University in New York, provides just that with Year Zero to Economic Miracle – Hans Schwippert and Sep Ruf in Postwar German Building Culture, published by gta Verlag, Zurich. Curiously, the words “architect” or “architecture” are avoided in the title. Widder’s book claims to “review West German postwar architecture and its relation to both International Modernism and the values and debates between 1949 and 1963.” While this is mostly true, the book lacks any hypothesis or question. Rather, Widder has chosen two key architects, Sep Ruf and Hans Schwippert, who both had demonstrated they could represent a new, “better” postwar Germany with their participation in the Interbau housing exhibition in West Berlin’s Hansaviertel area. Widder could also have looked at Paul Baumgarten, Hans Scharoun or Egon Eiermann, but her choice was based on the fact that both Ruf’s and Schwippert’s heirs kept excellent archives and records. Widder’s main achievement was to harvest the best “fruit” from these findings. She clearly loves construction drawings; however, the archives’ sometimes redundant amounts of details (magazine clippings, phone book pages, invoices, hand-written notes) may also have confused the author. For example, Widder spends a lot of space in the book describing how the “Postwar German Building Culture” advanced from humble beginnings after the war to leading industry with the economic rise of West-Germany in the 1950s. There is little surprise in this saga, however. Both Ruf and Schwippert were moderate modernists, both Catholic and from the West — giving little room for tension or suspense in Widder’s narrative. One was based in Aachen and Düsseldorf, the other in Munich and Nuremberg. Like some of their contemporaries they had survived the Nazi years sheltering in the realm of Industriebau (industrial building), an area to which reactionary Nazi ideology did not reach. Both did not have to deal with Stalin’s ideas about architecture after the war, like their counterparts in the East did.

Ruf and Schwippert were friends and assumed leading roles in postwar West Germany. While Ruf designed larger projects such as the Germanisches Nationalmuseum in Nuremberg, Schwippert dealt more with smaller, one-off projects like the redesign of St. Hedwig’s Cathedral in Berlin. Schwippert worked for Erich Mendelsohn and Ludwig Mies van der Rohe beforehand, while Ruf was heavily influenced by Skidmore, Owings & Merril (SOM) after 1945, so he was exposed to the reimportation of Mies’s ideas from Chicago. Ruf was Bavarian, Schwippert from the Rhineland, and both designed key buildings in the city of Bonn, where West Germany’s new government quarter was looking for an adequate “democratic” architecture. With the Bundeshaus (Federal Parliament) and the Kanzlerbungalow (equivalent to the White House) they designed elegant, humble, slightly boring Late Modernist buildings that West Germany started to identify with once the conservative Adenauer years were over. Widder does not discuss the meaning of these key buildings, as did her American peers/scholars Deborah Ascher Barnstone, in The Transparent State: Architecture and Politics in Postwar Germany, and Kathleen James-Chakraborty, in Modernism as Memory: Building Identity in the Federal Republic of Germany. (In between those two English-language books, Irene Meissner published Sep Ruf 1908-1982, yet to be translated from German.) Widder moves on from those government buildings to two academic buildings designed by Sep Ruf: the Akademie der Bildenden Künste (Academy of Fine Arts) in Nuremberg and the Deutsche Hochschule für Verwaltungswissenschaften (or College for Administration) in Speyer. While the former uses nature (its setting in a birch forest) as a counterpart for architecture, the latter is as bland as its content; it looks like a well-designed high school anywhere.

The “transparent and modest” architectural design that became the formula for Ruf’s and Schwippert’s buildings balanced “the public and the private, the ethical and the consumerist,” as Widder claims. Things become more exciting with the design for the West German Pavilion at the Brussels World’s Fair in 1958, which represented the postwar state and is a great, but lost piece of architecture. Still, neither of the two protagonists are very well-known in the English-speaking world, even though Ruf designed the US Embassy in Bonn and later worked with SOM, which built four of the five American consulates in Germany. The chapters on the Darmstädter Gespräche and the Bauhaus Debate are insightful and help to contextualize Ruf’s and Schwippert’s works in the “selective continuity” and intellectual debate of postwar architecture in West Germany. Each of the four central chapters in Widder’s book is punctuated by an essay or “text of another sort,” as the author calls them. Using the first-person singular, they are strictly un-academic texts that add a personal layer to the otherwise academic book. In these unusual personal accounts, we learn about her mother’s taste for clothes or read anecdotes from her time as an editor for Daidalos magazine in Berlin in the 1990s and her formative encounters with Ulrich Conrads. While these accounts could be likeable deviations from the academic norm, they also blur the content, such as when the author portrays herself in a photograph or another shows her hands holding open a page of a book. The snowy photos that Thad Russell took of a few of the key buildings also distract the reader.

The book contains a few minor mistakes, most notably asserting that Otto Bartning was the head of the “Bund deutscher Architektinnen und Architekten” (it was actually the “Bund Deutscher Architekten,” as correctly noted on another page), misspelling the name of eminent architectural historian Julius Posener, and indicating (in a quote, admittedly) that Laszlo Moholy-Nagy died in Chicago in 1940, not 1946. Despite these errors — excusable, but surprising for a high-profile editor like gta/ETH — the book sheds light on an interesting era and establishes in the English-speaking world the oeuvres of two key postwar German architects. 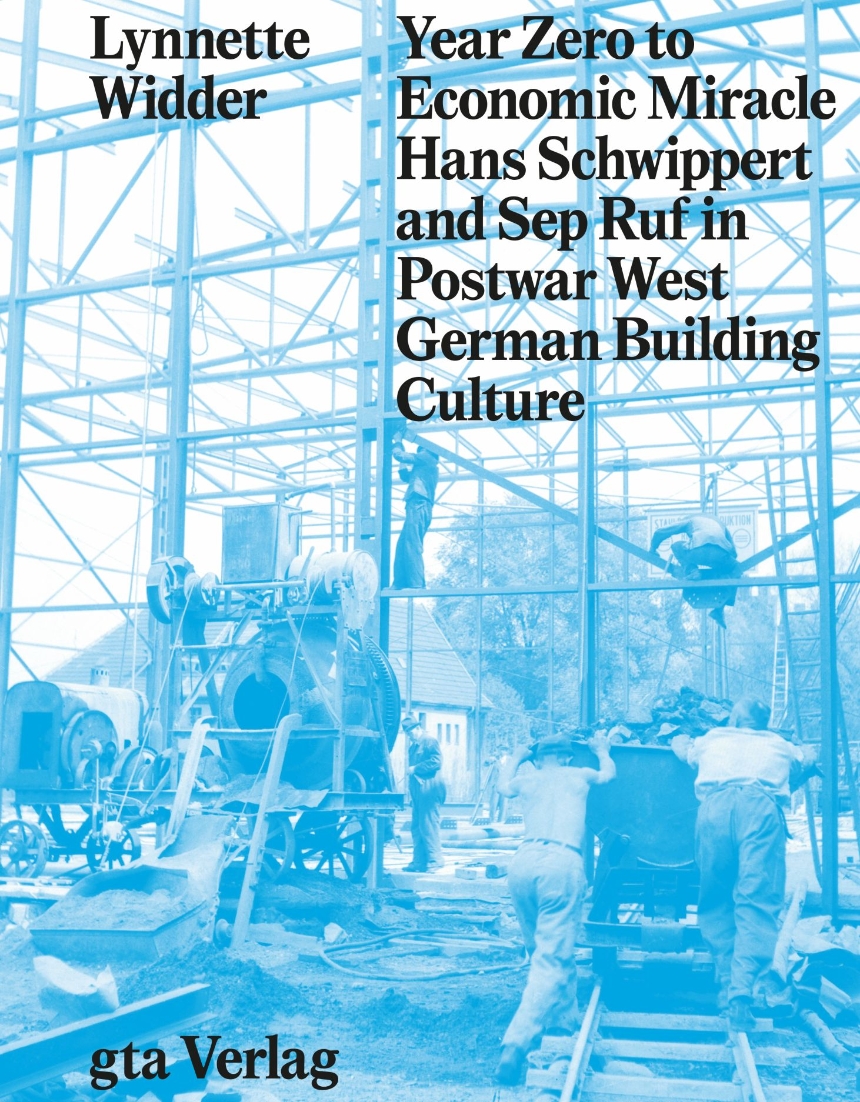